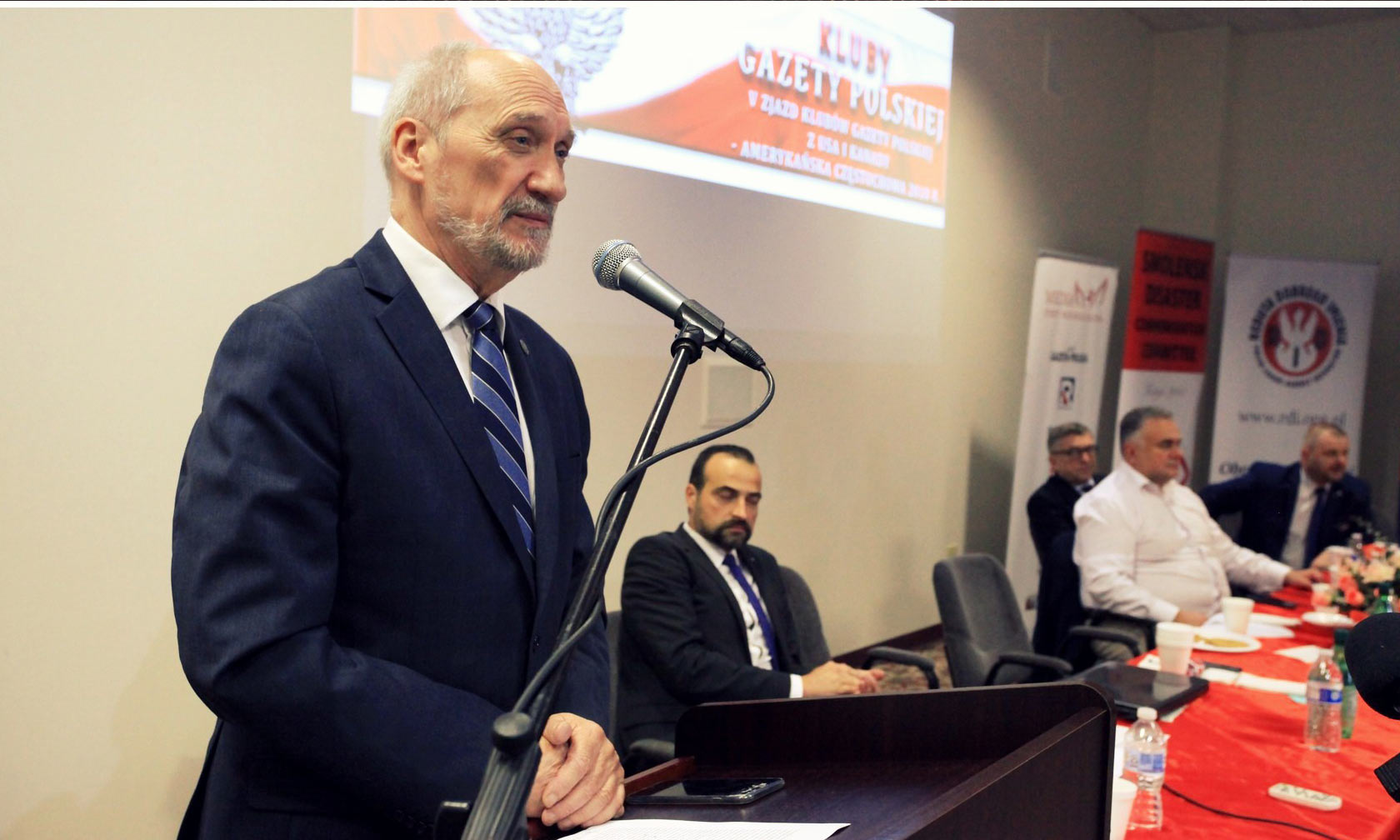 The Polish National House Cracovia and the Clubs “GP” New Jersey, New York, Philadelphia have organized an open meeting with the red. Tomasz Sakiewicz, Alexander Wierzejski, Red. Magdalene Piejko and the Kapuściński Ryszard. Talks and discussions focused on the current political situation in Poland and in the world. The Meeting was illuminated by the concert of Paweł Piekarczyk and Andrzej Kołakowski.

During the V Congress of the Clubs of the Polish Newspaper in the United States and Canada and the Celebration of the Holy Soldier and the 100 anniversary of the American Polish Military Act, which took place at the National Shrine of Our Lady of Czestochowa in Doylestown, a delegation of Clubs ” Polish Newspapers “: Tomasz Sakiewicz, Ryszard Kapuściński, and Ewa Wójcik made flowers under the monument of the Soldiers of the Excave, which is located in the cemetery in Doylestown. The Cemetery is the largest military cemetery outside the Polish borders. It Rests close to 2 500 combatants.

Also A delegation: Ryszard Kapuściński, Ewa Wójcik, Magdalena Piejko, Maciej Rusińki filed flowers under the Katyn Monument in Jersey City. “During these five years, a formation was born that has the chance to overtake the Polish community and reject what is her salt in the eye. There is a new time and this new time requires new forms. Our task is not to complain and weaning – he spoke in his speech in the Hall of the Shrine of Our Lady of Czestochowa in the American Czestochowa in Doylestown during the V Club Exit “GP” former Defense minister Antoni Matrewicz. – You are soldiers of this matter, Poland is to be strong and your function is to arm it – emphasized Antoni Matrewicz, and his non-senatorial lecture concerning the Polish independence strategy aroused the greatest interest and applause Clubbers who organized an extraordinary surprise to the minister in the evening. On the occasion of 70. The birthdays of Antoni Macierwicz were prepared with a party and a huge cake with the inscription “70 years-off with the communal area!”.

The Solemnly “Hundred years” for the minister sang the solodies of the National Opera. On the First day of the exit, editor-in-chief of “Gazeta Polski” Tomasz Sakiewicz outlined the current situation in Poland and on the Polish media market, and the president of the clubs “GP” Ryszard Kapuściński summarized the current activities of clubs. POLISH Consul General in New York Maciej Golubiewski talked about his experiences related m.in. The diplomatic crisis that this year’s IPN law has triggered. He also spoke of a very difficult situation concerning the struggle for the Katyn monument in New Jersey (during the visit the clubs “GP” Filed under it flowers). Mep Jan Heritczak, former secretary of state at the MSZ, appealed to activate this part of the Polish community, which does not participate in elections and does not engage in the affairs of the country. – It is Necessary to build a Polish lobby in the United States, defending the good name of Poland here, on the site, in the US, and on the net, we need to talk about Polish affairs to Americans-stressed. During the exit, a letter was read to President Donald Trump, signed by the Smolensk Disaster Commemoration Committee, and the “Gazeta Polska” clubs. Polonia asked the US president and the US administration to assist the Polish State in his efforts to recover the wreckage of the presidential plane Tu 154M, which suffered a disaster in Smolensk in 2010, as well as any other evidence and recordings held by Russia. “Poland asks for assistance in obtaining access to this evidence and in recovering its property. Explicit attempts by the president of Russia, Vladimir Putin, to denist and to bear the deceased President Lech Kaczynski and to produce a false narrative to undermine the credibility of the Polish State, give this issue an urgent character. (…) As American Polonia, we turn to the United States to take an active role in this matter, very important for Poland, for European security, as well as for America’s relations with Poland and other NATO partners “, we read in the letter.

This year in parallel with the exit in the American Częstochowa took place celebrations related to the celebration of the soldier organized by the Association of Veterans of the Polish Army (SWAP). On the second day of the descent, on Saturday, on the occasion of 100. Anniversary of the Polish Polish Military Act commemorative lectures on the contribution of Poland soldiers were delivered by Teofil Lachowicz and Dr. Anita Maksymowicz, who brought the listeners to the silhouette of women forming the Auxiliary Body of the Ladies at Association of Veterans of the Polish Army (on Sunday at the main chapel was unveiled commemorative plaque on the occasion of 100. Anniversary of the American Polish Military Act with the image of m.in. The famous Polish founder of the Auxiliary Corps of the Veterans Agnieszka Wisła). On Sunday In front of the Shrine of Our Lady of Czestochowa. There was a solemn appeal on the occasion of the 100 anniversary of independence, which was attended by Minister Antoni Matrewicz, consul Maciej Golubiewski, MEP Jan Heritczak, as well as Ambassador Piotr Wilczek. The wreaths Were Lodged on the graves of Dr. Teofila Starzyński, under the monument of “Husarz” at Veterans Cemetery, near the monument of General Anders and plaque commemorating the disaster of Smolensk. There was also a solemn parade involving SWAP soldiers (with chief SWAP Commander Wincym Knapczykiem and Brigade General Cezary Wiśniewski), which also participated in the club “Gazeta Polska”.

The honorary Guest of the parade was a famous hero from the Monte Casino, a soldier of the Army of Anders Antoni Chrościelewski. The Congress was crowned with a festive concert “For the freedom of our peoples” by the soloists of the Teatr Wielki/National Opera, who performed the works of F. Chopin, S. Moniuszki, I. Paderewski and M. Karłowicz. The concert was also attended by a prominent pianist Marek Bracha, a Polish representative during the 16TH International Piano Competition. Fryderyk Chopin.